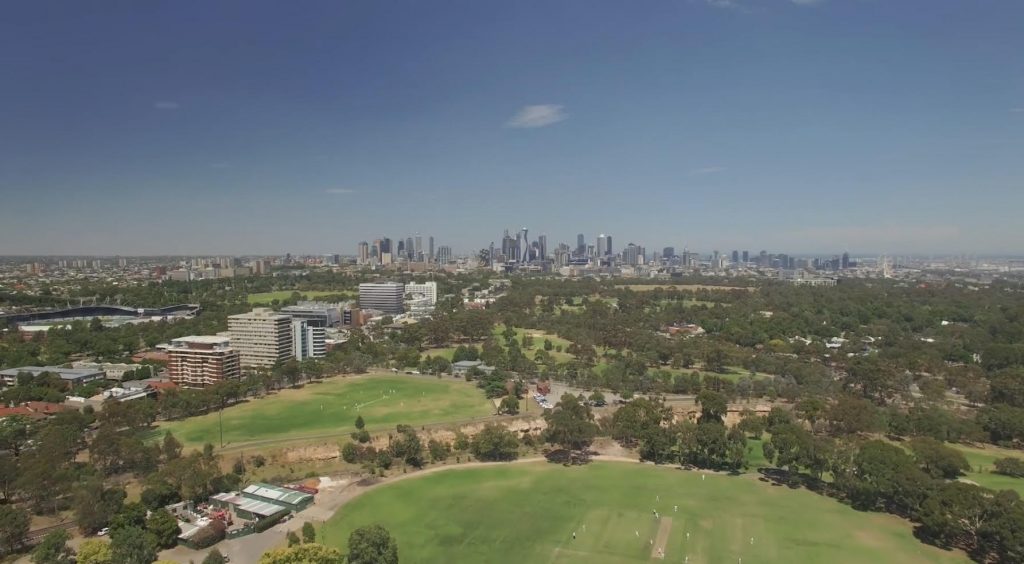 Cricket is one of the world’s sports most vulnerable to climate change.

Climate change, driven largely by the burning of coal, oil and gas, is making Australia and the world hotter and supercharging extreme weather events (like heatwaves and bushfires).

Climate change threatens the grounds and pitches we depend on to play, and the health of our junior and senior players through the impacts of heatwaves and air pollution.

While 2010-2019 was the warmest decade over the past century, it is also likely to be the coolest decade of the century ahead. Nows the time to accelerate action to slash pollution and help save the game and the planet we all depend on.

“The effects of climate change on the game are a major concern, and the solutions rely on decisive action being taken by some annoyingly reticent politicians. For starters, drastic increases in temperature will add to the health dangers for players. There’s nothing more frustrating than a game delayed by rain, but imagine if players are off the field because the sun burns too brightly,”

“That is the reality if temperatures keep rising; players will need to be protected from heat stroke or more lasting skin-cancer damage. In a litigious era, cricket boards will need to proceed with caution.”

Then there is the concern of rising sea levels and more ferocious weather events like devastating tornadoes and cyclones.”

“There’s also the damaging effect of reduced rainfall, which has already seen one Test-match city – Cape Town – come perilously close to running out of water in recent years,”

“These are firm reminders that cricketers and administrators need to take climate change seriously. Mind you, any disastrous effects on a sport will pale into insignificance when compared with the potential of climate change to inflict devastation on the planet.”

“I hadn’t really thought about how [climate change] would impact the game of cricket. Some of the stuff that we were presented with: how hot it was for some of the players at certain times – up to 50 degrees in the middle – how dangerous it was for them. How the risks affects local club cricket, how clubs have had their changing rooms destroyed by flooding in the UK, how the rising temperatures affect the way grass grows, was scary. The game has to have a plan, a strategy for how we adapt for it.”

“Like all Aussies, I was devastated to see the impact of the [2019/2020] bushfires and the multiple coral bleachings on the Great Barrier Reef. I’m used to competing in a battle between bat and ball. The battle for climate change is, of course, a lot more important than just a game of cricket … we’ve seen athletes forced out of their events due to extreme heat and fire, and community cricket clubs forced to end their seasons early.”

Climate Council report Game, Set, Match: Calling Time on Climate Inaction describes how climate change is affecting sport in Australia, and how sport can also be a powerful force for change.

Youlden Parkville Cricket Club is part of a global cricket family. Cricket connects us to cricketers from other parts of Australia and the world. We share a love of the game. At its best, sport brings people together to achieve amazing things – both on and off the field of play. Our communities need cricket to become champions of climate solutions.

Many sports fans, community sportspeople and athletes are looking for leadership from sporting organisations they trust and love, who are ready to take climate action and help move Australia towards a future free from carbon pollution.

The Powering a Sporting Nation report was prepared by the Australian Conservation Foundation and University of New South Wales and it showed how cricket, AFL and soccer stadia and community clubrooms could create huge amounts of clean energy, cut collusion and save money. Solutions are here, now.

Youlden Parkville Cricket Club respectfully acknowledges the Wurundjeri people of the Kulin nation as the traditional owners of the land on which we come together as a club to play cricket. We pay our respects to their elders past, present and emerging.